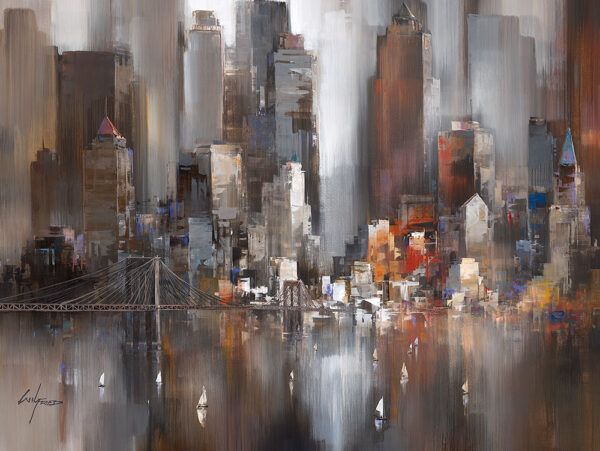 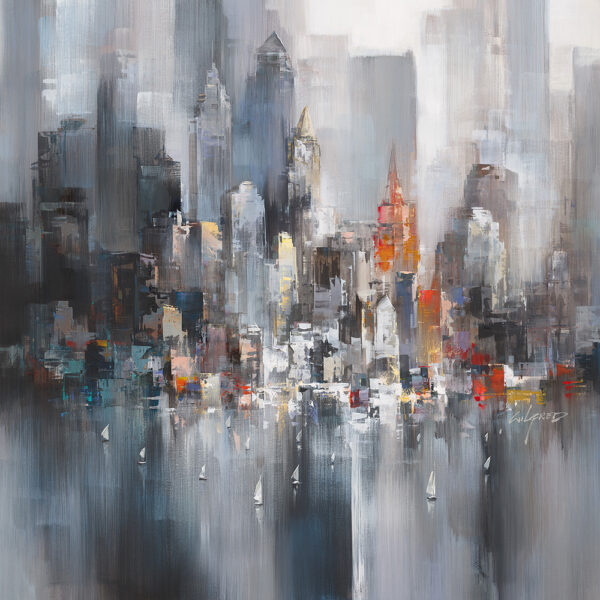 Skyline New York – 0027 is a limited edition art print on canvas by the artist Wilfred Lang. This piece of art is a reproduction of Wilfred eponymous painting. Wilfred is best known for his abstracted cityscapes, artist Wilfred Lang works with acrylics layering color blocks in a bold strokes to create depth and movement. His other subjects include sailboats, florals and abstracts. His style is unique and whenever you see his work you recognize it instantly as a “Wilfred”.

Artist Wilfred Lang’s style of painting lies between realism and the abstract. Many of Wilfred Lang’s artworks, including Skyline New York – 0027 are both visions of New York as well as elaborations on his ideas about the collective consciousness. They are meditative artworks wherein New York has a symbolic meaning.

The limited edition of “Skyline New York – 0027” by Wilfred is a Certified Art Giclee™ and are made using archival pigment inks on 450 grams canvas. The prints are of an extremely high quality and indistinguishable from the originals. They are made using high-quality archival inks and are printed at the maximum resolution and finished with an additional UV top coating to make the colors even more realistic. 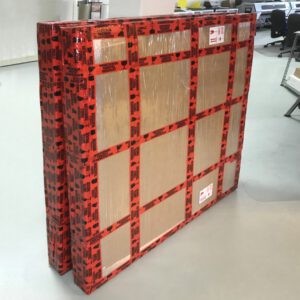 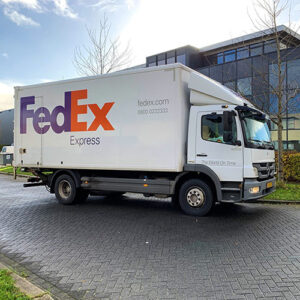 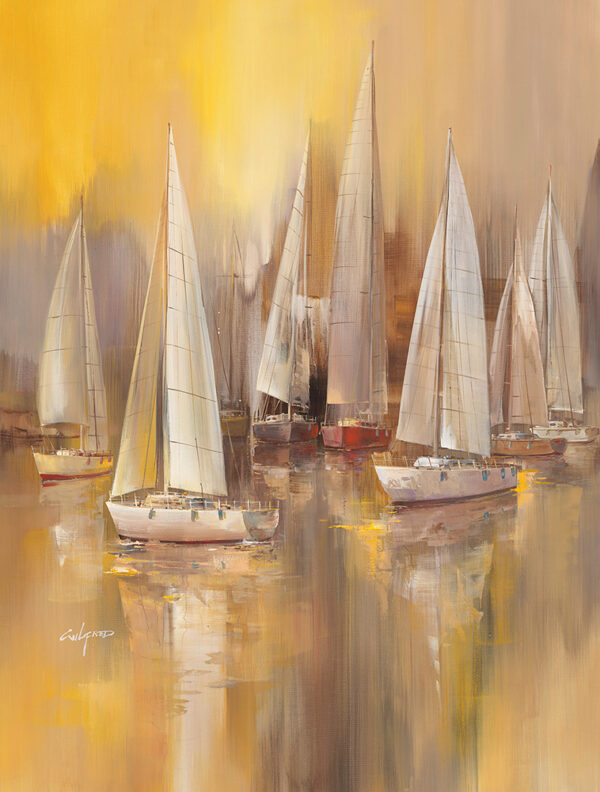 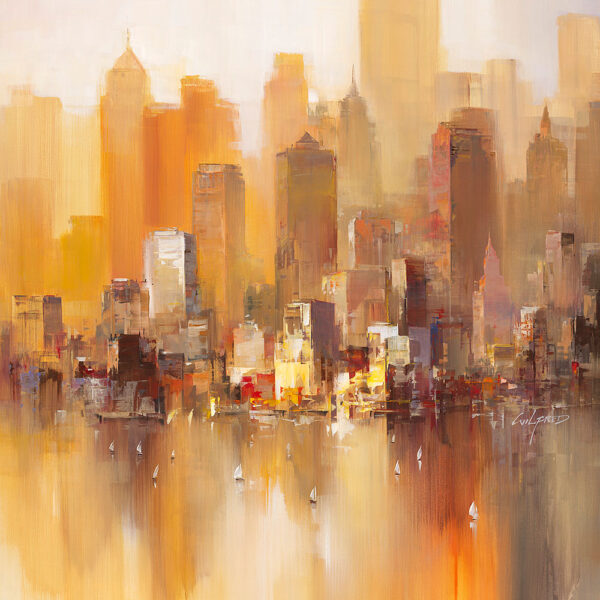 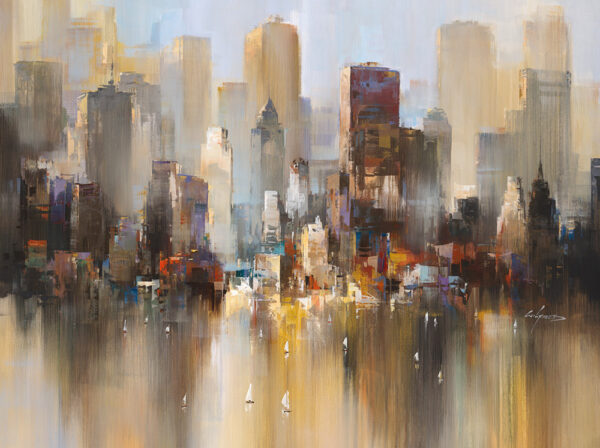